Oxolife initiates a collaboration with the University of Cordoba and Rutgers, The State University of New Jersey, to develop a treatment to improve women’s fertility

The biotechnology company Oxolife S.L. (Spain), the Energy Balance, Puberty and Reproductive Health research group of the University of Cordoba (UCO, Spain) and the Human Growth and Reproductive Development research group at Rutgers, The State University of New Jersey, have initiated a triple international collaboration in order to further investigate the direct mechanisms of the drug OXO-001 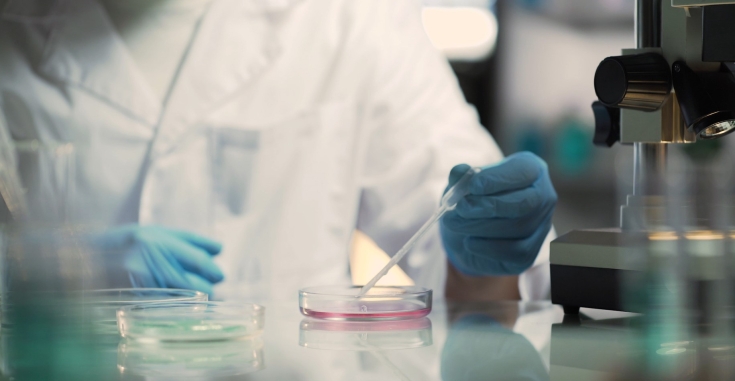 Barcelona-based biotech Oxolife is developing OXO-001, an innovative and pioneering drug for reproductive medicine: on the one hand, it enhances and improves the embryo implantation process through a direct effect on the endometrium and, on the other hand, it also improves ovulation.

This treatment will provide a solution to an unmet medical need, since there is currently no drug on the market aimed at improving embryo implantation. After having demonstrated its efficacy in preclinical trials and its safety in humans, Oxolife has already initiated a Phase II clinical trial with the drug to demonstrate its efficacy in improving embryo implantation in women with infertility.

Oxolife is also studying the use of OXO-001 to treat infertility associated with Polycystic Ovary Syndrome (PCOS), where the pregnancy success rate is still very low despite the existing treatments. At the moment, the drug is in preclinical studies for this indication, where it has already been shown that it is able to restore ovulation and reproductive capacity in models with PCOS characteristics.

In order to obtain more information about the mechanism of action of OXO-001 and its potential use as a treatment for infertility associated with PCOS, Oxolife has initiated a collaboration with the Energy Balance, Puberty and Reproductive Health research group at the University of Cordoba (UCO) and the Maimonides Institute for Biomedical Research (IMIBIC), led by Dr. Manuel Tena-Sempere, and with the Human Growth and Reproductive Development research group from The Babwah Laboratory at Robert Wood Johnson Medical School at Rutgers University,  New Jersey, United States of America, led by Dr. Andy Babwah.

The UCO-IMIBIC group is highly experienced in the analysis of the neurohormonal and molecular mechanisms that control the regulation of puberty and fertility, as well as in the study of their modulation by metabolic signals. In turn, Dr. Andy Babwah's group, a worldwide recognized expert team in the investigation of uterine function associated with fertility, is focused on studying the roles of several molecular factors, both centrally at the level of the hypothalamus and peripherally at the level of the uterus and placenta.

By combining their technologies, the research will investigate the direct improvements at the endometrial level with OXO-001 treatment, to achieve embryo implantation and fertility recovery in PCOS models. In this study, they will use rodent models where it has been previously demonstrated that the drug improves embryo implantation and reproductive efficiency. Specifically, samples from the uterus will be obtained after oral treatments with OXO-001 to analyze the morphological and genetic changes that take place during the early stages of pregnancy.

As a result of this collaborative research, the mechanism of action of the OXO-001 molecule will be characterized. This will lead to a better understanding of the drug's effect, as well as to the identification of the population of women who could benefit the most from the treatment with OXO-001.

According to Dr. Ignasi Canals, CSO at Oxolife, this collaboration between the three entities “involves a partnership between biotech companies and research centers and it enables to leverage the experience and knowledge of pioneering centers in order to accelerate the drug development process to bring medical solutions to patients." "At UCO/IBIMIC, we started our collaboration with Oxolife in 2020. The experience is being extremely successful, as we are expanding the current knowledge about PCOS and its treatment options, and this will allow us to get closer to provide solutions to women with this condition", says Prof. Manuel Tena-Sempere. Prof. Andy Babwah, who is participating for the first time in this collaboration, considers that "It is exciting to be able to participate in this project. Thanks to the expertise of my research group, we will provide relevant data aimed at understanding the mechanism of action of OXO-001, a promising molecule in the field of fertility".

The Maimonides Institute for Biomedical Research of Cordoba (IMIBIC) is a Health Research Institute created in 2008, from an agreement between the Ministry of Health of the Andalusian Regional Government, the Ministry of Economy and Knowledge of the Andalusian Regional Government and the University of Cordoba, which ratified their commitment to the strengthening of IMIBIC as a center of vanguard and excellence in biomedicine through the new agreement signed in 2015. In 2011, it was accredited for health research by the Instituto de Salud Carlos III and in 2016 this accreditation has been renewed.

IMIBIC, one of the 31 institutes accredited in Spain for health research by the Instituto de Salud Carlos III, is a multidisciplinary research space where scientists from academia and medical scientist work together for the improvement of the health of citizens and the social and economic development of the province of Cordoba.

About Rutgers, The State University of New Jersey, United States of America.

Rutgers, The State University of New Jersey, is a leading national research university and the state of New Jersey’s preeminent, comprehensive public institution of higher education. Established in 1766, the university is the eighth oldest higher education institution in the United States. More than 70,000 students and 23,400 full- and part-time faculty and staff learn, work, and serve the public at Rutgers locations across New Jersey and around the world. www.rutgers.edu

As the premier public research university in the state, Rutgers is dedicated to teaching that meets the highest standards of excellence, to conducting cutting-edge research that breaks new ground and aids the state’s economy, businesses, and industries, and to providing services, solutions, and clinical care that help individuals and the local, national, and global communities where they live. research.rutgers.edu

Oxolife is a biotechnology company, based in Barcelona, focused and committed to improving female fertility. The company was created in 2013 by Dr. Agnès Arbat and Dr. Ignasi Canals, both experienced professionals with a background in the pharmaceutical industry and research. The company develops OXO-001, a molecule that acts specifically on embryo implantation to increase the pregnancy success rate. The Phase II clinical trial for this indication has already begun. In addition, Oxolife has other research projects opened for this drug, including the treatment of infertility associated with Polycystic Ovary Syndrome. Oxolife has been awarded with the "Seal of Excellence" from the European Commission, and has received research grants from EIT Health and the Spanish Ministry of Science and Innovation.